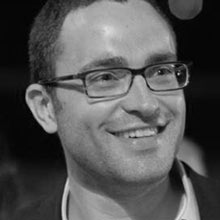 Dr. Yechiel Engelhard was the founder and former CEO of Gecko Health Innovations, a Cambridge, MA, software and connected devices company which Teva Pharmaceuticals acquired in Summer 2015. The company develops mobile apps and sensors, based on behavioral incentive tools, to help patients take control of their COPD or asthma. The system is designed to support payers and providers with clinical and costs efficiencies. Gecko was named one of the best gadgets for asthmatic patients by Frost & Sullivan, TEDMED, and leading publications such as the Huffington Post, Wall Street Journal, Boston Business Journal, Wired, and the Boston Globe.

After spending 16 years as a healthcare entrepreneur, a practicing physician, a researcher, and a medical officer in the Israeli Air Force Special Operations, Yechiel is now leading new technology products development at Teva Pharmaceuticals. He has co-founded and worked with several medical and healthcare IT companies in Israel and the US, and he is a frequent speaker at industry events about mobile and connected devices in healthcare. Yechiel spends time mentoring teams at MIT, Harvard, and other global healthcare accelerators. Yechiel received an MD and MHA from Ben-Gurion University in Israel and an MBA from MIT Sloan School of Management.