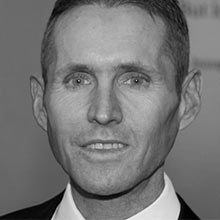 Stephen is an entrepreneur, business advisor, and has a long career in the development, funding and expansion of companies. He has served as a director or advisor to several companies, including Gridline Communications Holdings, RAPID Pharmaceuticals, Mainland Resources and, Med-Design Corp. Stephen is also an active member of the Kennedy family financial advisory board. He served as Deputy Campaign Manager for Senator Edward Kennedy during his presidential and senatorial campaigns, and also served on the staff of the Senate Judiciary and Foreign Relations Committees. Stephen taught negotiation at Harvard University Law School and is a three-time winner of Harvard’s Danforth Award for Excellence in Teaching and a recipient of the Lyndehurst Foundation prize for social and artistic achievement. Mr. Kennedy-Smith holds an M.A. from Harvard University, a J.D. from Columbia University, and an M.A. Ed. from Harvard’s School for Education.