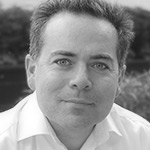 [/imageframe]Marco founded Qardio in 2012. He set out to create technologies to transform healthcare, making it cheaper, smarter and better for everyone.

He is co-inventor on several US and foreign patent applications and was featured as Innovator of the Week by CEA’s Innovation Movement. In 2014, he was named as one of the 40 under 40 stars in Consumer Electronics by Dealerscope.

After graduating summa cum laude from Bocconi University in Milan with a degree in Business Administration, Marco worked as an investment banker at JPMorgan in London, where he advised some of the bank’s key clients on several IPOs, strategic acquisitions, financings, mergers and exits in the technology, media and telecom space. In 2003, he chose to apply his skills and experience to hedge fund investing, and, by age 28, Marco became partner at a multi-billion dollar hedge fund, where he co-managed the investment portfolio. At that age, he was the youngest partner of any of the multi-billion dollar European hedge funds at the time.