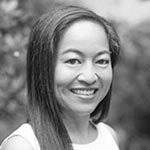 [/imageframe]Lynne Chou joined Kleiner Perkins Caufield and Byers in 2013 where she focuses on life science investing in medical devices, diagnostics, and digital health. She works alongside entrepreneurs to develop impactful technologies and therapies for improving patients’ lives.

Before joining KPCB, Lynne had over twelve years of healthcare operating and investing experience. Before KPCB, Lynne worked for eight years at Abbott Vascular and Guidant in multiple roles including the launch of over ten interventional cardiology and cardiac surgery product families both in the US and internationally. Most recently, Lynne led the global launch of Absorb, the world’s first bioresorbable vascular scaffold, recognized by The Wall Street Journal as Medical Device Technology Innovation of the Year and also in Popular Mechanics magazine. Lynne was responsible for building the global commercial strategy and therapy development as well as playing a key role in the clinical, reimbursement, and operational strategy for the therapy. Earlier in her career, Lynne worked at Apax Partners with a focus on software venture capital investing.

In addition, Lynne was with Goldman Sachs in the Mergers and Acquisitions group where she worked on multi-billion dollar acquisitions and sell side transactions in various industries. Lynne earned a B.S. in industrial engineering from Stanford University and an M.B.A. from Harvard Business School. Follow Me

DEBATE: What Does it Take to Avoid the Funding Valley of Death?