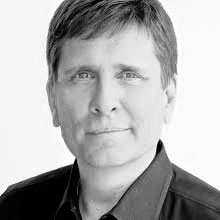 First and foremost, John is a thinker. A thinker entrenched in the worlds of science, medicine and innovation. John is the founder of NOSTALAB—a digital health think tank. He’s generally regarded as one of the top global strategic and creative thinkers in this important and expanding area. He is also one the most popular speakers around the globe,  presenting his vibrant and insightful perspective on the future of health innovation.

Unwilling to accept the status quo, he’s a contrarian with a focus the future of health and wellness. A leading voice in the convergence of technology and health, Nosta helps define, dissect and deliberate global trends in digital health. He is consistently ranked among the top names in almost every digital list and has sustained that position for several years. Beyond simply an influencer, John is also defined as “most admired” to “top disruptor” in digital health, life sciences and the pharmaceutical industry. He is also a member of the Google Health Advisory Board and has penned HEALTH CRITICAL for Forbes–a top global blog on health and technology.

Additionally, John has distinguished himself as a scientific thinker. Earlier in his career, John was a research associate at Harvard Medical School and has co-authored several papers with global thought-leaders in the field of cardiovascular physiology with a focus on acute myocardial infarction, ventricular arrhythmias and sudden cardiac death.

John cut his teeth at the “big” agencies including Ogilvy CommonHealth, where he held a series of positions including Chief Creative Officer, Chief Strategic Officer and unit President.