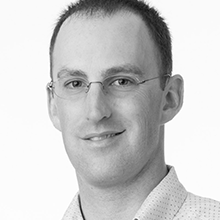 Jeffrey Brewer has founded two successful technology start-ups – CitySearch and Overture / GoTo.com – both of which later became publicly traded companies and where he served as CEO and raised over $90M in private investment and over $350M in an IPO and follow-on equity offerings. For the past thirteen years, since his son’s Type 1 Diabetes diagnosis at age seven, Jeffrey has been a thought leader and influencer across the T1D community. As a volunteer, donor, and International Board Member for JDRF, he launched the JDRF Artificial Pancreas Project in 2005, and later served as CEO of JDRF. In the role of CEO, Jeffrey forged financial partnerships with industry to drive research and development of insulin delivery and glucose monitoring technologies. He further spearheaded US regulatory reform in the area of automated insulin delivery, and elevated the organization’s strategic priorities to include health care policy, reimbursement, and access to technology for people with T1D. In 2014, Jeffrey co-founded Bigfoot Biomedical with fellow fathers of children with T1D and medical technology innovators Bryan Mazlish (a quantitative trader who built an artificial pancreas system for his wife and son), Lane Desborough (a former chief engineer of Medtronic), and Jon Brilliant (a former CFO of WellDoc, the first FDA-approved mobile prescription therapy) to design and commercialize a truly comprehensive solution for insulin-dependent diabetes that includes automated insulin delivery and a complete service of supply management in a subscription business model that will improve health outcomes, reduce costs, and ease the burden of insulin-dependent diabetes.