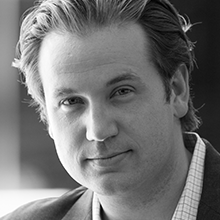 Edward Cox has served as the Chief Executive Officer of Dthera since 2016 having previously served as the CEO of its private predecessor company, EveryStory, since 2015.

Prior to that, he served as an Executive Officer at Apricus Biosciences, Inc., a NASDAQ company, in roles leading Commercial Development, Global Business Development, Investor Relations, and Corporate Development.

Mr. Cox also served as the President and Board Director of Bio-Quant, Inc. from 2007 until BioQuant’s merger with with Apricus Biosciences.

Prior to 2007, Mr. Cox served as an executive or board member of both public and private companies in the areas of Healthcare, Life Science, Technology, and Resources. Mr. Cox holds a Master of Science in Management from the Warrington College of Business Administration at the University of Florida.