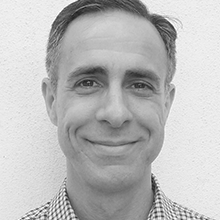 David started his working life as an architect, first in his native Canada and later in Spain where he finished his Master’s Degree in architecture. He later turned his sights on the Digital Media and Marketing landscape with his first start-up based in Bilbao, Spain. After nearly a decade of working on interactive marketing projects with brands like Ford, Samsung, Vodafone, Proctor and Gamble and Absolut Vodka, he joined Virtualware heading up their Interactive Hardware spin-off. He later became director of their London affiliate where he started focusing his energies on promoting Virtualware’s new rehabilitation videogame platform called VirtualRehab. After successfully building up the VirtualRehab brand in the UK and other parts of the world, David was named Director of Business and Product Development for the E-health Products business unit within Virtualware. He now spends his time between London, Bilbao and travelling the rest of the world helping to promote VirtualRehab and other Virtualware E-health products.
He’s passionate about design in general and developing products that actively promote improved quality of life for the people who use Virtualware’s healthcare solutions.

An Exposé: How Five Innovations Are Changing the Game