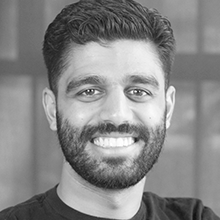 Ashwin launched Sano three years ago and hopes to see a world where everyone has access to their own biometric information, helping them make thoughtful proactive choices about their health. Prior to Sano, Ashwin was on the founding team of SinuSys, a medical device company focused on developing new therapies to improve the sinus health of patients. He previously spent time at Bain Capital, where he invested in technology and semiconductor companies. Ashwin received a dual BS/BA in Bioengineering and Economics and an MS in Bioengineering from the University of Pennsylvania.

The Rise of Enterprise and Condition-Specific Wearables